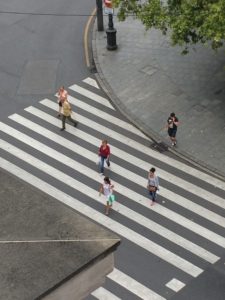 Our report: Conclusions after 2,5 years of SIAC network: there is no level playing field for citizens when it comes to start, grow and sustain social innovation in Europe.

On wikipedia: a level playing field is a concept about fairness, (…). In a game played on a playing field, such as rugby, one team would have an unfair advantage if the field had a slope. (…)

A metaphorical playing field is said to be level if no external interference affects the ability of the players to compete fairly. Some government regulations are intended to provide such fairness, (…). However, they can have the opposite effect, for example if larger firms find it easier to pay for fixed costs of regulation. It may be added that if the rules affect different participants differently, then they are not actually the same.

After two and a half year of working on, co-creation and networking we experienced that the European level playing field has a slope in it. For citizens it is possible to join, especially nowadays, but the play is hard. Not because of fierce competition, but because of the fact that one just can wait to see the new players drop off. What this slope consists of, you can read in our publication.

Another important conclusion we draw is, that in order to nourish solutions for social innovation it is necessary to create a social innovation – friendly ecosystem meaning that at least the 7 thresholds we defined are solved. Read about them in chapter 3.

Further we came to the insight that one of the main conditions for a social innovation – friendly ecosystem is the local co-creation and defining of most urgently felt problems in which all groups; citizens, city policy-makers, researchers and private companies participate. To participate equally is the only way to really share responsibility. As long as politic decisions concerning the local problems are not created with citizens, there will be no change possible.

You can find our REPORT here: siac-report-level-playing-field

Ecosystems for social innovation, Christoph Grud about bridging the gap
Scroll to top