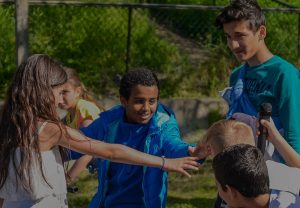 Sometimes you need to play a game of soccer to connect different worlds and silo’s. Like Peter Wolkowinski stated during the Boostinno meeting in Baia Mare last week; do something together in an unusual way, to get the brokerage started. And actually people do! Together with Erna Bosschart we shared  our experiences from the SIAC network on the role of brokerage in boosting social innovation.

I call this unusual way to create space for brokerage, ‘to work with an alibi’, an alibi to create new relationships, to actually to get to know each other, to find shared experiences and new perspectives. The core of social innovation. Since forcing a relationship seldom brings beautiful new perspectives… (although I don’t want to exclude the possibility). Below you find an earlier article about this: sometimes you need an excuse for an alibi. And it is always more fun!

Is your comfortzone you?

I think you all have had the experience once: travelling in a train and suddenly the ‘most unexpected’ happens. The train suddenly slows down and ends up in a meadow, and for a while there is no indication what will happen… Is the train going to continue? Do we have to spend the night here?! Suddenly people change from anonymous passengers to spontaneous people with a shared interest and creativity to work on solutions. Or, at least, they talk to each other! Suddenly we are not only passengers, but we seem to be humans (again). But most of the time we stay in our ‘comfort zone’… Although I wouldn’t call it a comfort zone, this area of ‘alienation’, where we don’t feel connected at all.

At New Ideals a number of social innovations were presented that stayed in my mind. What in my eyes was the resemblance between these initiatives was the change of perspective as central element in their approach. A change in perspective, on others, and yourself.

Traditional policy aims at realizing more of something ‘good’. To reproduce something that was decided elsewhere. The idea is that change will occur when policy is implemented. This is a linear or top down approach. Our democratic societies have developed over decades to the central model we know today. Solving big problems of the past. This model uses too much resources and reduced the interconnectivity between people. It has led to alienation.

This approach most of the time doesn’t change perspectives, but tends to create a lot of work, for policy makers, coaches, consultants, etc. It is a very expensive approach. Mainly because the simple fact that people don’t want to be changed, the change has to come from within. And to realize that, you sometimes have to do something else.

And this ‘something else’, has to be really something else. Pigs, for example. I heard about the ‘Spilvarken’ in Ghent, Belgium. Where they brought pigs (3) back in the street and enthused 40 neighbours into feeding and maintaining the pigs, thus not only raising a dynamic debate on waste and food industry, but also created a renewed connection between neighbours. The neighbours changed their perspective on each other. http://www.hetspilvarken.be

Agression as a strength

Touché presented a change of perspective on re-offenders with their approach.

The most common answer to aggression is repression and exclusion. This is a unilateral response to a multiple problem, and therefore not constructive, nor effective. By seeking positive solutions to limit the damage and to apply the force that leads to aggression, they build pathways for people to make (social) change available. Instead of oppressing, Touché sees aggression as a possible strength. Aggression as a source of life. In a special program prisoners learn to know their power and use their aggression. vzwtouche.be

Street Nurses (Infirmiers de Rue) raises awareness among homeless persons about the importance of personal care and health. In this way they make homeless people again aware of their body, about what they actually feel. Because, Marjan Gryson explained to us: after so many years at the streets people are cut off from the state they are actually in, they actually don’t feel their body any more. In this way they changed the perspective on themselves completely, and the people involved finally realized in what kind of state they were and from there they picked up the thread of their life again. See more at: http://www.infirmiersderue.org/en/Tools_and_publications/#sthash.YHH0kEfc.dpuf

And another great example was the story of the Homeless World Cup presented by Mel Young. He explained us how football was used as a ‘language’ between people. Football was just an alibi, but a very strong one! Nowadays teams from all over the world are joining every year for a world cup tournament. And what is happening: as football players, people didn’t see the homeless as alien, necessitous, etc. any more, and the players themselves got a new perspective on themselves. So a renewed contact was possible.

So, all these initiatives used an alibi, or better stated, a twist in perspective to realize social innovation, and not by prescribing how things should be (neighbours should talk to each other! Recidivist shouldn’t be aggressive, homeless should better take care for themselves…), still the dominant way to react on this is …

So, in each case, the goal is there, but the direction to reach it is not straight forward. And that is the difficult thing for policymakers. By doing something else, either it is feeding pigs, becoming aware of your body, or playing football: we need something to start the conversation, to change, to re-connect.

Space for the unexpected

A lot of area’s of life are ‘over organized’, or better stated: institutionalized. Top-down systems of planning, design and delivery tend to be closed and unreceptive to urban change and the reality of daily life. Something unexpected sometimes has to be introduced in our lives to break through our perceived roles and habits, because we live in a highly structured society. And when you think, in our country things are not highly structured. Think then about expectations people have, the believe system we created together and tend to act accordingly. And we as people kind of internalized certain ways to (re-)act, stay in our comfort zone. And then we ask ourselves: why don’t we see the unusual suspects at our meetings? Why is it that people don’t want to change?

And, what counts for people in general, ‘people don’t want to be changed’, counts as well for the ones that create policy, that steer what happens in our society… Normally an alibi stands for something to stay out of a nasty situation. Learning from all these examples I suggest we use the word in this area the other way around: to use an alibi to get people involved, involved again and connected to each other and themselves. And let not start alone with the people on the street, in the trains. The next social innovation I think of is an alibi we create for policy makers, investors, councillors, etc. by inviting them to feed pigs together, playing soccer or to become aware of the power they have to change things… by stepping in the space of the unknown, and letting go the artificial security we are clinging to… then the ‘unusual suspects’ and unexpected possibilities show up…

After all, we are all in the same box…

Ecosystems for social innovation, Christoph Grud about bridging the gap