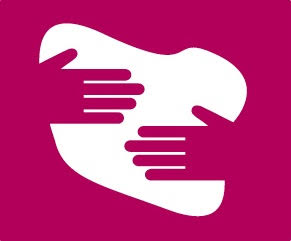 Arjan Biemans from Future Landscapes and Erna Bosschart from Steen van Rosette (Rosetta Stone) in the Netherlands started co-creating in june 2014 on a national level. At the second national SEiSMiC-meeting in the Netherlands Kaat Peeters, director of the Social InnovationFactory (SIF) from Flanders, Belgium told her story. That was a turning point for Erna she could share with Arjan immediately. A bold idea came to life. At the launching event in Brussel of SEiSMiC in november 2014 they pitched their idea. SEiSMiC is part of the European program JPI Urban Europe. Arjan and Erna contacted Kaat and she was the first to embrace the idea of developing a trans national working and learning network of SI-accelerators where we could all use the knowledge and insights of the SIF.

Arjan and Erna then started to connect to other people within the SEiSMiC network, either practitioners or scientists and ask them to join. At a first international meeting that was held in Berlin in June 2015 the working group, SIAC network, was formed (find here more information about the participants). Later on Arjan and Erna connected to another European programma called TRANSIT. Scientists from the faculty IHS of the Erasmus University that participate in this project saw the opportunity to work together and now a connection has been made between the SIAC Network and TRANSIT. The scientists in TRANSIT work on a theory on social innovation and specifically aim for a connection with practitioners to be able to do so.

The practitioners of the network have already great accelerators that they want to develop further with the SIF as inspiration. Or they work on founding new accelerators in their country. All the accelerators will be working with the same CMS which enables the scientific research and knowledge exchange. For more specific details and features of our accelerators and the reason why Erna and Arjan feel that the Social InnovationFactory stands out form the crowd please click here (hieronder het leaflet features plaatsen en wellicht het hoofdstuk dat we schreven in het kick-off paper? Zie de tekst die ik helemaal onderin heb geplaatst?).

The scientists in the group work on different fields concerning urban, social, geographical development. We look for turning points of social innovation projects, insights that will contribute to form sustainable and self-enabling local networks; a theory on social innovation. And everything that we will want to look into as a group because it will support our goal to contribute to a more democratic and inclusive society in which our current problems are solved with sustainable solutions.

This is not a short term vision, project or goal, no challenge or contest; the SIAC network wants to co-create with all participants as equal partners and beneficiaries. We will not monopolize knowledge, but share it, for in the end we will all benefit when we all start acting and think like that.

Firstly we choose the SIF because it is not only an accelerator of social innovation but the main objective of the SIF is to create a culture of social innovation in Flanders. This is the first reason to study the approach of SIF, since a lot of labs seem to fall prey to ‘solutionism’ and fail to connect to their socio-political context. So it is interesting how they do this in Flanders.

To succeed in this the SIF wants firstly to inform everybody about social innovation and social entrepreneurship, to encourage them to think along with the concepts and to activate them to take part in the network activities. And secondly coaches and supports socially innovative initiatives to become successful by working towards successful plans and guiding them to the right partners, knowledge and financial support.

Thirdly, the SIF is open to everybody who wants to contribute to SI. Everybody who wants to think along, learn, experiment or to realize SI or social entrepreneurship is able to join the network. So the SIF is open to not only entrepreneurs but also civilians with good concepts, associations of civilians that work jointly and realize SI, etc.. This openness to everybody avoids narrowing your mind about where good initiatives start, and, puts central that social innovation is not realized by a single, central player: SI simultaneously meets social needs and create new social relationships or collaborations, thus enacting greater societal involvement. So the approach itself should be inclusive as well.

The SIF seems to meet a number of missing elements in the labs we know so far when it comes to incubate or accelerate social innovation initiatives. Such as: an effective and accessible exchange of knowledge between peers in the community. A CMS that supports the possibility to find relevant peers and partners. The introduction of ‘a coin’ to stimulate the reciprocity and the valuation of the exchange of knowledge, experience and capacities. Thus effectively coping with the problem of free riders. And a strong link with the system world of policy and politics.

The SIF is convinced that everybody has certain knowledge that is relevant for social innovations. Being aware that your knowledge has relevance, empowers small initiatives and citizens to gear up their initiative. And also partners of government, knowledge institutions etc. are looking for new ways of working and do have relevant knowledge. So, everybody who wants to act for an improved society has to be able to join and use the knowledge network of the SIF.

The motor of real social innovations is the acknowledged knowledge in the network. One of the main principles of the SIF is also one of the most distinctive ways in which their approach towards social innovators and social entrepreneurs varies from others. Knowledge and support from SIF network is freely available, but not for free! The reciprocity is an important asset in their approach. To organize this exchange of knowledge the SIF created a coin, called the ‘SIF’.

Besides advise about possible partnerships and co-funding, the SIF offers, after an intake so called strengthening sessions. These sessions are done by peers in the learning network of the SIF. The SIF knows who is the most interesting sparring partner in the network (since all knowledge and experience is collected in their CMS). Because everyone who joins the network has a meeting with a team member of the SIF. It are never just names; it are always people of whom the experience and skills have been discovered by team members of the SIF. So the creation, functionalities, tools and mechanisms that provide insight in who is having what knowledge and skills, and the reciprocity of this network is the main asset of the SIF. Thus the SIF is an accelerator of SI, based on the exchange of existing knowledge of the regional network. The SIF also has a strong belief that all the necessary skills and knowhow are available somewhere in Flanders and that it is only a matter of the good match to connect needs to skills and knowhow.

At the start of the SIF, she also co-financed social innovations, in cooperation with the agency for Innovation by Science and Technology in Flanders (IWT). More mature concepts were able to apply / present their idea to the advisory board of the SIF. After a positive advise the agency can offer financial support for a feasibility study and/or an innovation project. Who wants to apply for these funds first has to take part in the coaching pathway of the SIF and then has to convince the advisory board that the social innovation concept is valuable.

Besides that the innovator has to show the longterm perspective of the project and the investment the innovator wants to bring up itself. The funds are only to start-up the social innovation. Budget 2 million euro (2014). A participant can apply for a feasibility study, or for project funding, but than has to bring at least two other participating parties. Now they altered their approach and SIF will talk to all kind of parties like funds for instance to create opportunities for innovators and entrepreneurs.

Summary of the core of the SIF

Principles of the SIF

In short the SIF has a number of principles, you find them listed here, some they practice since the start, some evolved after nearly two years of labor.

What happened in Berlin?
Scroll to top